Delhi schools to be closed tomorrow, unless further orders are issued 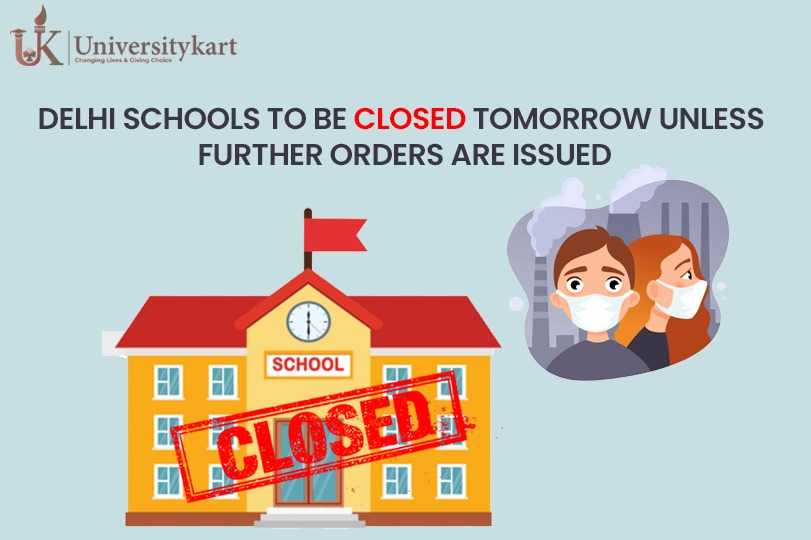 Schools all over Delhi will remain closed starting the next day, i.e., December 3rd, 2021 until the end of the year. This decision was made in light of the increasing air pollution in the nation's capital. The announcement was made by Delhi Environment Minister Gopal Rai.

"All schools in Delhi are to be closed from tomorrow till further orders, due to air pollution levels in the city," declared the Minister of Environment Gopal Rai.The Supreme Court raised concerns over Delhi the government's choice to start schools due to the increasing pollution levels of the city.

The Supreme Court asked for the government to implement the concept of work-from-home for adults. If this is the case, what is the reason children are being made to go to school.

The Delhi government opened schools again on the 29th of November 2021.