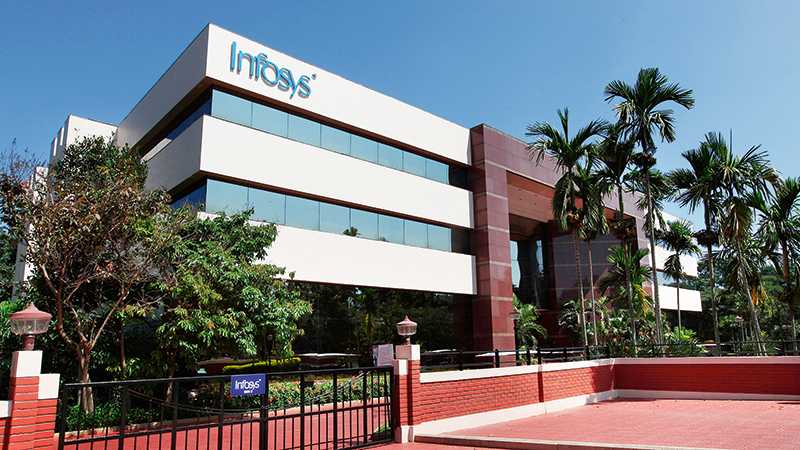 The company saw attrition sharply increase to 20.1% from 13.9% in Q1FY22, and is expecting the situation to continue for the next few quarters.

Infosys will be hiring a total of 45,000 college graduates this year, the company announced on Wednesday, October 13 as it announced results for the quarter ending September. This number has been revised upwards from 35,000, which was its target for FY22 earlier.  In the quarter, it saw a net addition of 11,664 employees as attrition shot up to 20.1% from 13.9% last quarter. The company had 2.67 lakh employees at the end of the quarter, 39.1% of whom are female.

Attrition levels continue to be high across the industry, which COO Pravin Rao called the high attrition a reflection of the “huge demand” as well as a supply shortage, and said that the situation is expected to continue for the next few quarters. “We have been able to meet all our planned commitments through aggressive hiring, reskilling as well as increased use of subcontractors,” he said.

In order to retain employees, the company said it is relooking at its employee value proposition as “fundamentally different” in the new normal. “We have given a couple of compensation increases this year. One was effective January and the other was effective July. In addition, for high performance as well as people with niche skills we rolled out a skill-based compensation increase recently. We have dramatically increased the number of promotions. We have come up with some elaborate retention plans that we have tried to execute. There is a lot of focus on employee engagement, career aspects, investing in employee training and reskilling,” Pravin Rao said.

The company said roughly 98.5% of employees in India still work from home. Offices were opened up in July on a voluntary basis, but the company is looking at bringing people in a formal manner from this month onwards, Rao added.

“In October in India, we are requesting all senior leaders to come to office at least once a week. We are also requesting them to have several interventions for employees once a month so that they have a larger population coming to office. Based on the feedback and outcome, we will finetune the process,” he added.

86% of the company’s employees have received at least one dose of the vaccine.

The deadline to file Income Tax returns was extended to the end of the calendar year after people were struggling with the new portal, developed by the company. When asked, CEO Salil Parekh said the company is seeing steady progress, with 1.9 crore tax returns filed so far.

“The system has seen a steady increase in usage over the past few weeks and the taxpayers' concerns are being addressed. Over 18 crore logins have been observed and 3.8 crore unique users have successfully completed various transactions. The system is seeing anywhere between 2 and 3 lakh returns being filed each day,” Parekh said.

He added that 1 crore returns have been processed from the current assessment year.

“To ensure a smooth filing experience for users, Infosys has continuously engaged with more than 1200 individual taxpayers over the last several months. We have also been working closely with the CA community to ensure that a comprehensive set of user scenarios are supported and thoroughly tested before deployment,” he said.