Midday meal resumption could bring back more students to campus 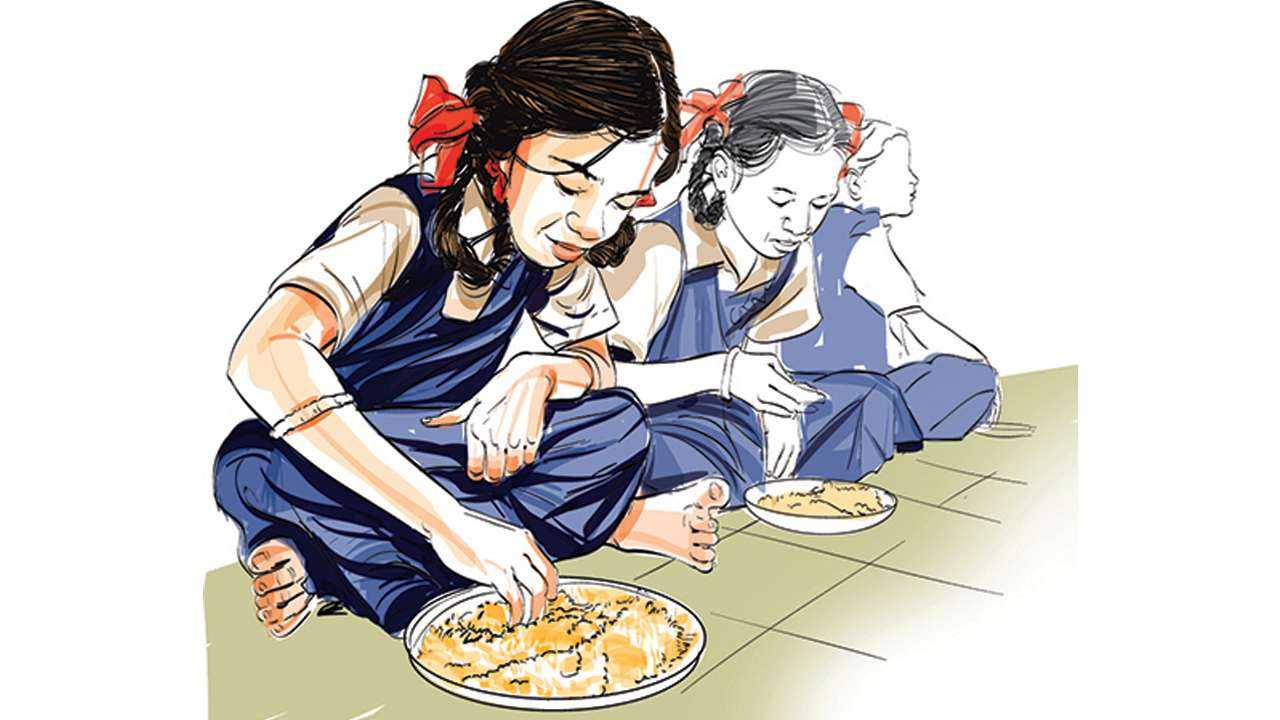 Mangaluru: The state government’s decision to resume mid-day meals in schools from next week is expected to bring back children who have reportedly stayed away from the offline classes. This will also reduce the burden on students as well parents who now have to pack their tiffin to school.

The midday meal programme was stopped in March 2020 after the pandemic hit the country. Instead, each child studying in government and aided schools were supplied with rice, wheat, tur dal, oil and salt. Though schools were opened during the previous academic year, there was no midday meal served to students.

“Offering midday meal in schools is crucial especially for those students below poverty line. There are students who arrive at the school as early as 7am when their parents leave for work. The food that they pack is often the previous day’s leftovers. At times, it turns stale, cold and cannot be consumed during lunch break. Whereas, as part of the midday meal programme fresh and hot food is served. Along with an increase in attendance, it will also help students to concentrate well on academics,” said Shambhu Shankar, coordinator, Block Resource Centre, Belthangady taluk.

An official said that the parents have been requesting the authorities to resume mid-day meals in schools. There are few students who attend classes staying hungry the entire day. “For some school children from poor backgrounds the midday meals, are the only nutritious and healthy meal of the day. It is good that the government is resuming it,” the official said. The midday meal will also bring back migrant students who have remained in their hometowns. Overall, the district has 90% of attendance.