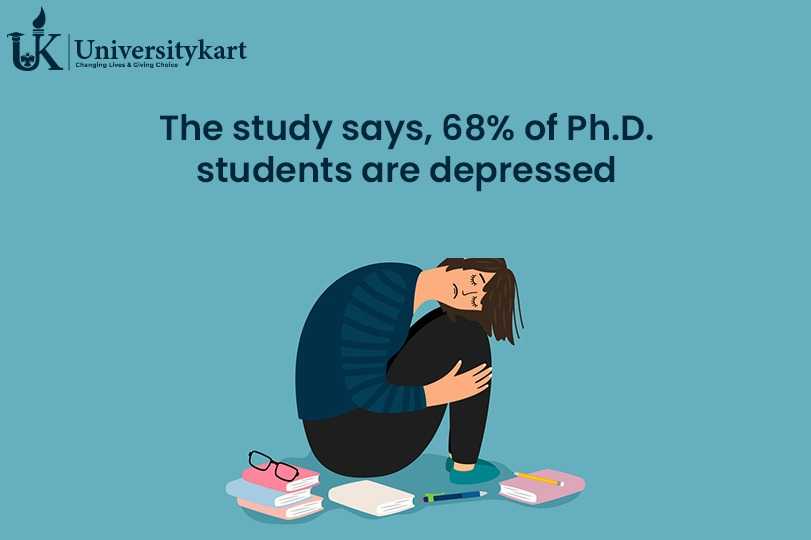 Students from less prosperous sections of society, with limited data on their native language and earning less than Rs 20,000 , are more likely to suffer from moderate to severe depression. Furthermore, studies of interviews with PhD students revealed that financial problems, conflict with supervisors, students who aren't able to helping companies, and uncertainty in the employment market are major factors that affect the psychological wellbeing of students as well as hindering their tutorial effectiveness.

"Given the increasing incidence of depression disorders among PhD students, and the lack of research on the subject within the Indian context we have decided to conduct the study. In the post-Covid era, it is highly likely that it has grown, particularly because of the fear of a lack of job possibilities," mentioned Dr KR Thankappan from the division of Public Health and Community Medicine, Central University of Kerala which was member of the group which conducted the study with regard to the prevalence of depression issues among PhD students. To conduct the study, a total of 250 PhD students from non-science and science streams from two universities in Kerala one located in Kasaragod and the other located in Thiruvananthapuram were interviewed.

"The study showed that there is an increasing worry about depressive disorders for doctoral candidates in Kerala. While certain of the causes which cause depression could require intervention at the university or college level, there were additional aspects like financial concerns and the fear of losing their job that needed policy and systemic intervention in a coordinated way," added Dr Thankappan. The psychiatrists and educationists have stated that there is an urgent need to examine the psychological wellbeing of students at both the college level and in colleges. "Our Ph.D. students seem to be often neglected. The chances for permanent employment are limited that can cause frustration and a crisis in professional and in life," noted the educationist RVG Menon.

"Our research structure is more focused on job. Thus, although we publish a lot of research papers from Kerala but there are a few which make it into renowned international journals. Because of this, students who are committed face more than just performance bias as well as biases of various kinds that cause depression and anxiety." said psychiatrist Dr. CJ John.