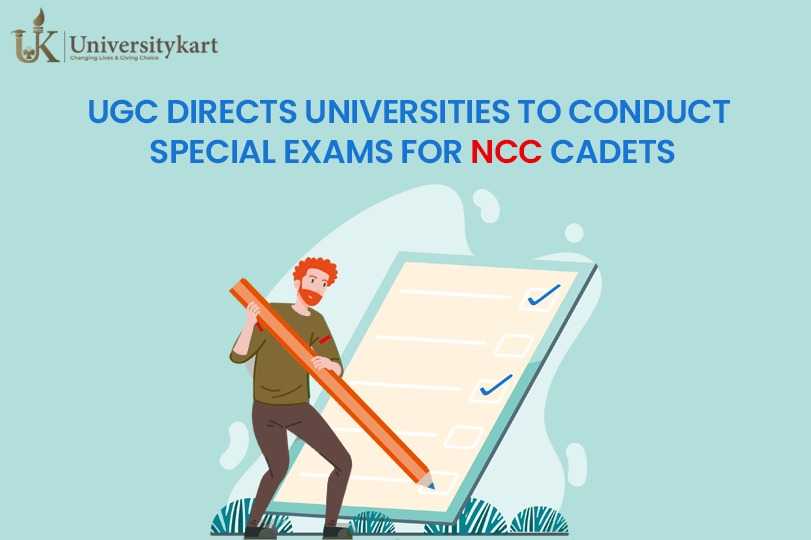 The decision to conduct exams specifically for NCC students has been approved by the UGC since the cadets are unable to take their exams for the semester due to Republic day training camps each year.

The commission wrote to all university vice-chancellors and directors, advising that because the NCC Cadets attend the preparatory camps to prepare for Republic Day camp in November and December, they are unable to take their exams for the semester.

Furthermore The UGC advised all higher education institutions adopt the necessary steps to hold tests specifically for NCC students on various dates. It also suggested that these students shouldn't be considered candidates who are preparing for a re-test.

The commission stated that NCC activities encompass a variety of duties in both the federal government as well as the department of education and state governments, as well as the NCC. Furthermore, NCC Cadets are actively involved in various activities to build a nation.

The University Grants Commission (UGC) issued a new letter informing that an entry test called a common entrance (CET) will be administered for admission to postgraduate and undergraduate classes at central universities through the National Testing Agency (NTA) starting in the academic year 2022-23.